I’ve created a bullseye print out for those who sometimes struggle figuring out where a bullseye call is in relation to your ownship.

I’ve laminated my copy so I can use a whiteboard marker to plot locations if need be.

A4 pdf (12mb as it’s high resolution for printing)

Below is a video explaining Bullseye created by ‘Callsign Fluffer’.

So I’m starting  a new career on Eastside Hockey Manager: Early Access – I’m not decided on a team to manage yet, but think it’ll be a Swedish League 2 (HockeyAllsvenskan) – possibly Mora IK, team where I’ll try to build my reputation up to try to get a job in the NHL) hopefully with the New York Rangers).

This post is really about getting my philosophy set in my mind and so I’ve got a quick reference to look to rather than having to go back to the manual again and again.

I want to build a team of youngsters (creating a dynasty) so only 2 or 3 players over 30 – most likely a goalie and a top D man as they tend to mature later on in their careers.

The way I want to line up is as follows:

So as above, I want my 1st line to pretty much be my 2 best offensive players plus another decent forward, they’ll be my top scoring line.

The 2nd line will contain my 3rd best offensive player, (spreading the scoring) – probably a passer, shooter and a grinder.

The 4th line will be used to give a breather to the other lines – ideally I want this line to be quick and hard hitting to allow them to play dump and chase effectively and hopefully cause a few problems in the offensive zone. I’ll also use this line to give some time to prospects / youngsters to allow them to gain some experience of first team hockey.

My D will need to be set in lines so that my best pairing are on the ice with the third line.

I guess I’ll get more into this when I see what my players are like but I intend to go with the following tactics, I’ll also be using unit tactics to get each line to play the way I want them to:

The following is what each player attribute means as well as an example of what to look out for. This can also be found in the game user manual.

Players with good physical attributes are more likely to be a better overall hockey player as you’d struggle to be a good player without these skills.

I’ll be looking for players with high anticipation, bravery, determination, work rate and teamwork. No one player is bigger than the team. The others will depend on the position and situation I want to use the player in.

These attributes are how skilled the player is at certain things.

This is a tacview ACMI recording of a head on merge with a MiG 29 Fulcrum.

Any feedback on what I could do better – what I’ve done well would be appreciated. 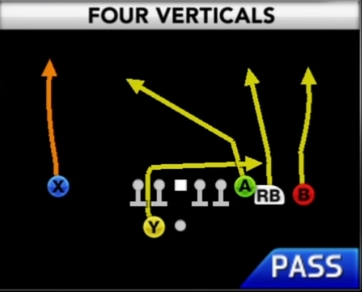 Here we have an, in full, NHL 15 GM mode match-up between the computer controlled Pittsburgh Penguins and user controlled, by VDoggFTM, New York Rangers on PS4.

The Luciodors need 4 points to win the Division 8 title or 2 points for promotion into division 7 and have 3 games remaining.